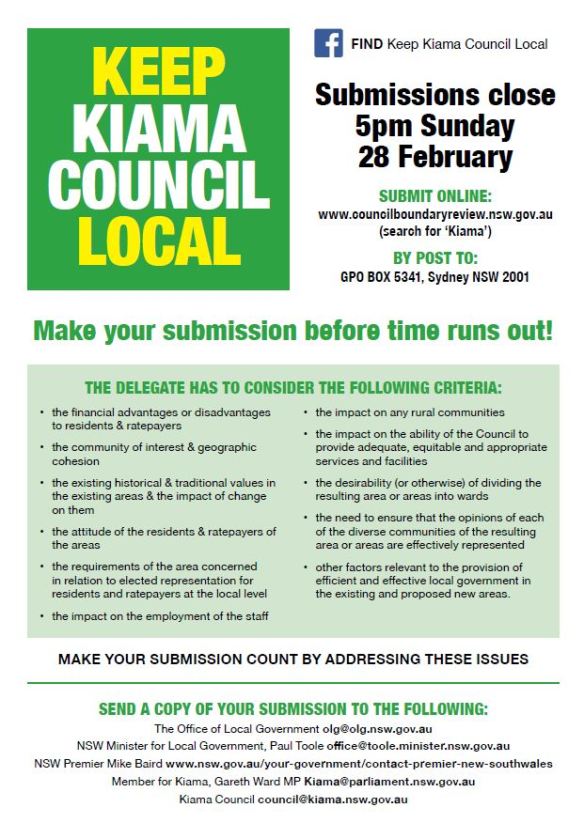 The NSW State Government is currently working reduce the number of local Council’s across the state. It is doing this through the forced merger of local government areas both in Sydney and regional areas.

In the Illawarra Kiama will be forced to merge with Shoalhaven and Wollongong with Shellharbour.

Currently independent delegates are hearing submissions from each community regarding their views on the proposed mergers.

Verbal submissions have been received over the past week in each area, but we still have until the end of February to submit written submissions.

Links to the submission portal can be found below:

Kiama Council has put together 10 key points for use in submissions from Kiama residents, Public Inquiry – Boundaries – 10 points